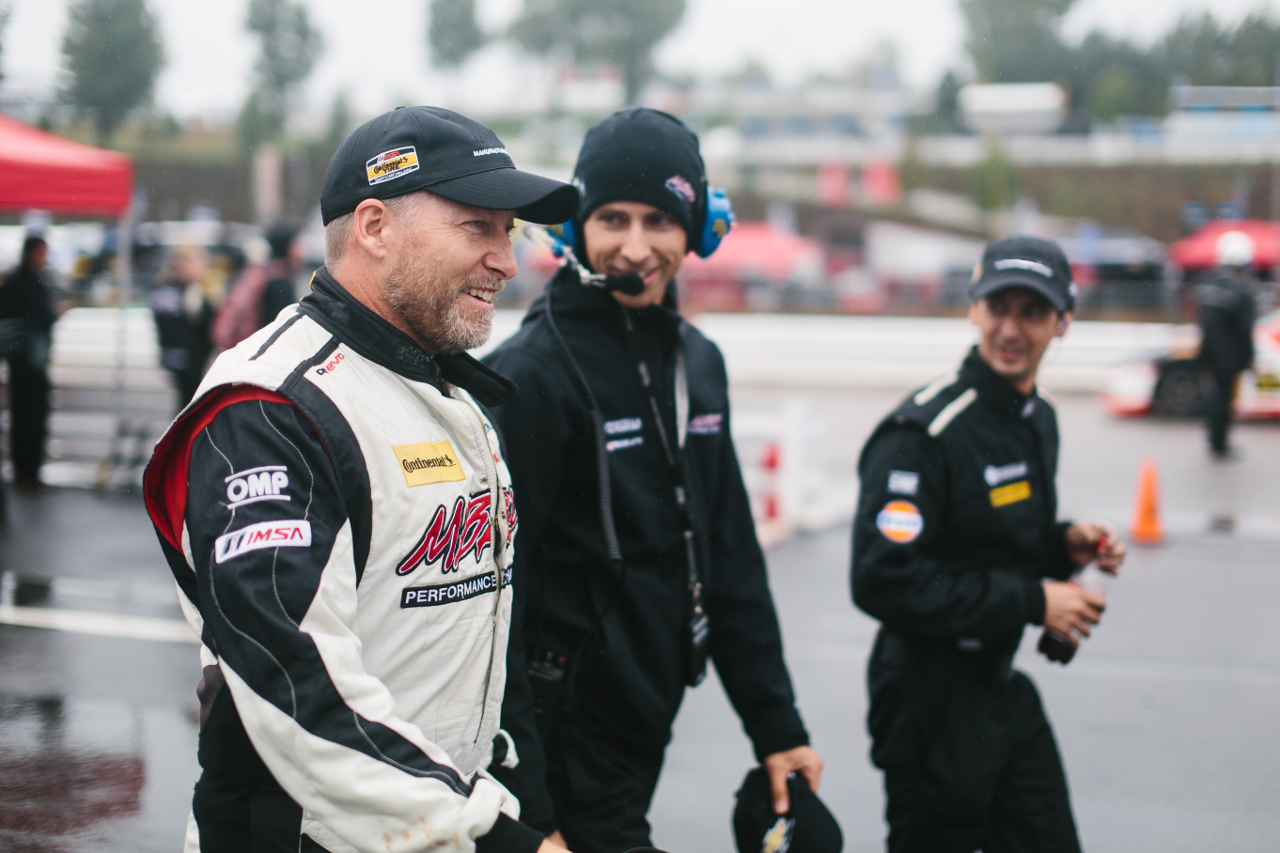 AWA (Andrew Wojteczko Autosport Inc.) along with MBRP Performance Exhaust are pleased to announce a 2018 championship effort in the challenging IMSA CTSCC (Continental Tire Sports Car Challenge) championship in the fastest Grand Sport category. The endurance racing format consists of a mix of 2 and 4 hour races with 2 drivers per car.

Posted by AWAracingteam on Wednesday, November 29, 2017

The team has taken delivery of their first Multimatic Motorsports built Mustang GT4 to be driven by Martin Barkey and Brett Sandberg, a driver lineup that have each achieved multiple podium finishes in the GS class and that will surely be a threat in the overall championship. A second Mustang GT4 and driver lineup are being considered and interested parties should contact AWA for more info. Initial testing has been completed at Road Atlanta earlier this month.

Team principal Andrew Wojteczko had this to say “I’m thrilled with the way the new program is coming together, we have a great driver lineup and an awesome platform with the Mustang GT4 to compete with. I’m fortunate to have some of the best crew in the business making sure nothing is left to chance. I’ve had the pleasure of working with both Martin and Brett previously and know we can achieve great things together. Martin’s 2017 3rd place finish in the PWC GTS overall championship is indicative of just how competitive he is. Brett’s championship wins and endurance racing experience in Blancpain, GS, and GTD will be a huge asset. Being able to represent a Canadian built race car, manufactured just down the street at Multimatic is a huge honour.”

“I also want to say a big thanks to Anthony Mantella for giving me the opportunity to start and run the Mantella Autosport program. The lessons learned over the past 4 seasons are invaluable and will be a contributing factor to ongoing success.”

Martin Barkey commented “The 2018 race season is just around the corner, pre-season testing has been very positive. I’m really excited to be racing with AWA and thrilled to be sharing driving responsibilities with Brett Sandberg. The GT4 Mustang seems to be a car that responds well right out of the box… that said I do look forward to continued testing and becoming more familiar with the platform.  With Andrew’s experience and drive for perfection combined with the “never quit” attitude of the AWA crew I have no doubt our MBRP Performance Exhaust Mustang will be a front runner throughout the season.“

Brett Sandberg explained “I am extremely excited to be joining forces with AWA and Martin Barkey for the 2018 IMSA season.  It has been a few years since I have made a full season IMSA debut and cannot be more excited about campaigning this brand new GT4 Mustang alongside a long-time friend and past teammate.  I believe with the guidance and expert engineering of Andrew Wojteczko we will truly be a force to be reckoned with!”

The AWA team is thrilled to announce partnerships with some legendary brands. Gulf and their line of competition lubricants provide maximum performance and protection in the engine, trans, diff and brakes. Look for drivers and crew to be outfitted in the latest OMP driver/crew suits and fire gear, keeping us safe over the wall and behind the wheel. Spyder and their fashionable, technical apparel will be making sure the team stays dry and warm on the cold days, and cool on the hot days. With the season kicking off at Daytona in January where temps are often at the freezing mark, the right gear makes a huge difference. If you catch the team on the road or at the airport, you’ll see Projekts’ line of bags and luggage, stylish and durable gear making sure everyone’s valuables arrive safely at the track. SekanSkin will be cutting/printing vinyl and watch for ongoing collaborations with DNBK, creator of the AWA artwork.

Be sure to follow along on the team website at awa.team, on Instagram at awaracingteam and on Facebook at AWAracingteam. Also be sure to check out MBRP.com for all of your performance exhaust needs.