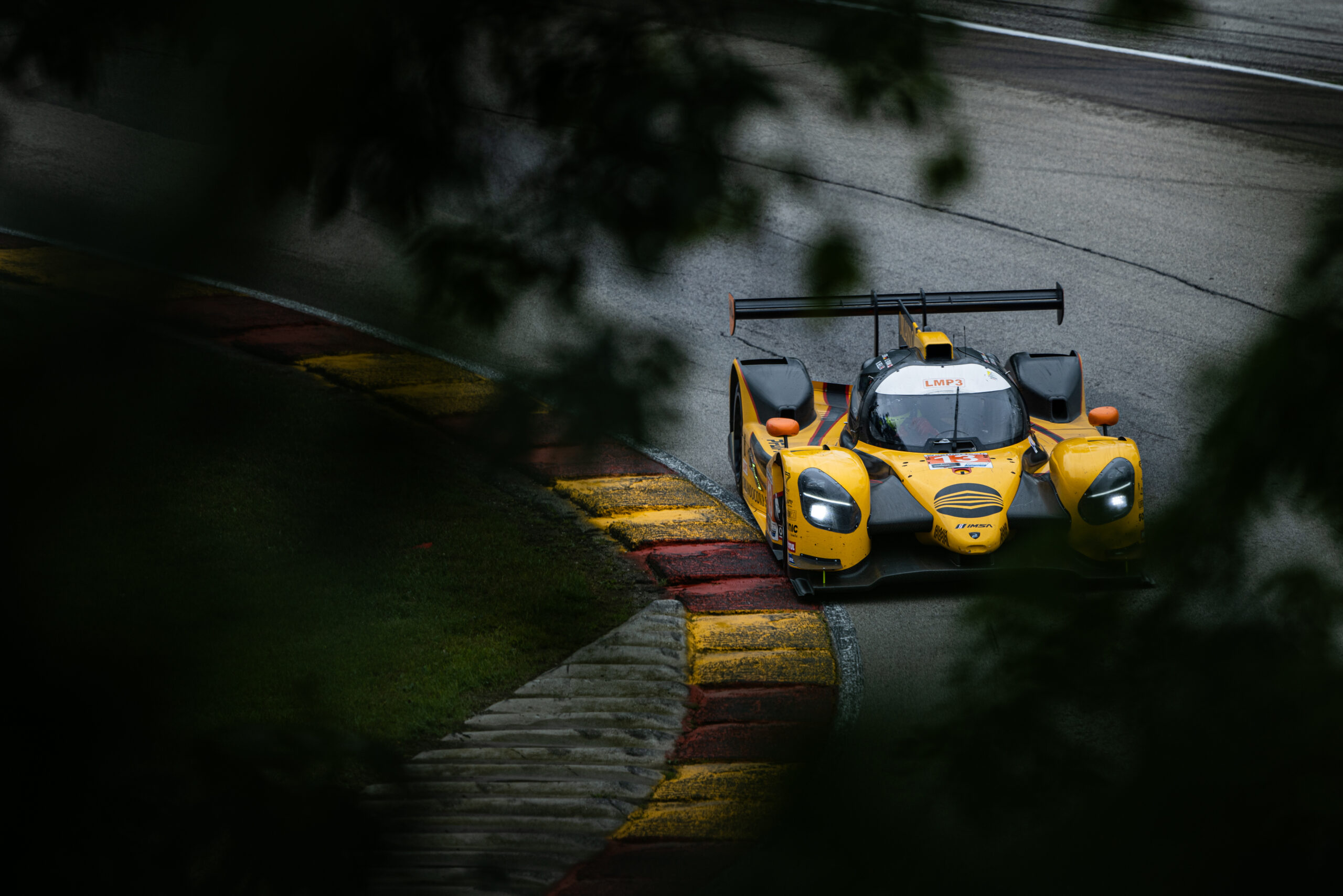 Fidani and Bell got to showcase their driving skills over the course of the 2h40min race, climbing up the field to secure an impressive second place finish. Matt Bell was involved in some spirited on-track battles at the end of his stint but he was not phased, as he remained as eager as the rest of the team to bring home some hardware. AWA will carry their momentum into Road Atlanta, where they are hoping for another podium finish to end off the season.

Orey Fidani, driver of the No. 13 Orlando Duqueine D08 LMP3: “Claiming my first WeatherTech podium with AWA was simply amazing. The team executed everything perfectly, both during the pit stop and off track. The strategy was flawless and my teammate, Matt Bell, did an outstanding job keeping our Orlando Corporation Duqueine LMP3 in front. Now that I’ve tasted a podium, I definitely want more!”

Matt Bell, driver of the No. 13 Orlando Duqueine D08 LMP3: “It was extremely satisfying to help AWA score their first IMSA WeatherTech podium. The team did a fantastic job with the strategy to put me in that position, and I was able to hold it there in a nerve-racking final stint! It was clear that the team was capable of top level success when I first drove for them back in Daytona and this podium is proof of what these guys can do. Hopefully there are many more to come!”

The WeatherTech SportsCar Championship will resume for the season grand finale at Road Atlanta for the 10-hour Motul Petit Le Mans race.